Pop as it should be

It is always fun when the old show the young ones how things are done. Because even though each generation needs their own soundtrack to grow up to, it can not hurt to hear what people used to have on the turntable. Kim Wilde is such an example. With "Here Come the Aliens", the 57-year-old, who is most likely to be familiar with 80s hits like "Kids in America" rather than her more recent work, has come as a surprise: this is pop music from the old school, like they are far too rare today, but neither dusty nor embarrassing.

Studio album number 13 of the West London-born musician is a pop album that is itself an ode to pop. The most striking thing is the programmatically titled "Pop Don't Stop". "You say you're over, times have changed, end. But there's no end to this story," the Briton sings, and: "The seasons come and go again, and what was old, is new again": an apt observation, because every fashion celebrates its revival sooner or later, no matter how embarrassing she is the followers in retrospect. A new generation suddenly finds flares, aviator sunglasses or neon colors gorgeous - and ironically, if they want to make sure it still looks cool.

Kim Wilde is now at an age when office workers are already thinking about early retirement and has seen a number of trends coming and going. In 1988 she was on the stage of Michael Jackson on his "Bad" tour, two years later she moved with David Bowie through Europe. In the 90s, the successes diminished.

Kim Wilde retired from the pop business, married her boyfriend Hal Fowler in 1996, and raised son Harry Tristan and daughter Rose Elizabeth, born in 1998 and 2000. In this phase, the trained landscape gardener discovered the work in the countryside again, moderated several gardening programs on British television and published a book on the subject. In 2001, the musical career picked up speed again. In 2003, her duet with Nena ("Anyplace, Anywhere, Anytime") made it to third place in the German charts.

So now "Here Come The Aliens", whose title refers to a UFO sighting Wilde had in 2009. The cover (designed by Kim Wilde's niece Scarlet) with its charming B-movie look is almost the nostalgic thing about this record, because even if you want to sigh when listening to the songs "That's how pop has to be", the twelve pieces are not pure trip into the past. So one has the impression that someone has heard in recent years the pathos-soaked rock of the British band Muse. Their dystopian 2009 album "The Resistance" flashes through here: Kim Wildes opener "1969" reminds in terms of groove and Keybord speckles extremely to the Muse song "Uprising", and a Déjà entendu one has then again in "Different Story ". In general, the way poppy melodies and strained rock guitars tie together here is very well done. For the guitars and the production Kim Wildes brother Ricky is responsible. He manages that people with a preference for tougher sounds do not turn away here, but also the Pop Group has its fun. And when generic bass characters appear ("Stereo shot"), it does not tire, but rather a familiar feeling, as if you come home.

The album also makes the melodies a round thing. They look fresh and fresh - and stand out positively from the sometimes quite exchangeable pop, as fabricated by Rihanna and co. "Kandy Krush" storms forward in a good mood, while "Solstice" puts the warm mezzo-soprano voice of Kim Wilde in the spotlight and almost looks like a musical. The rebellious "Birthday" is likely to run at many parties in the future, while "Cyber Nation War" exudes electronic New Wave feeling. The perfect symbiosis is pop rocking and guitars on "Rock The Paradiso". So over-excited and carefree you have not heard that for a long time. The album ends surprisingly quiet with the almost five-minute "Rosetta". Here, Kim's voice is reminiscent of Madonna.

Incidentally, the record was recorded at the RAK Studios in London, where hits like "Vienna" by Ultravox were acoustically immortalized. There, Kim Wilde began her career in 1981, where she recorded hits like "Cambodia". And on the upcoming tour, which begins in England and brings them to Germany, will probably show that the question of the age limit for pop musicians is simply the wrong question. 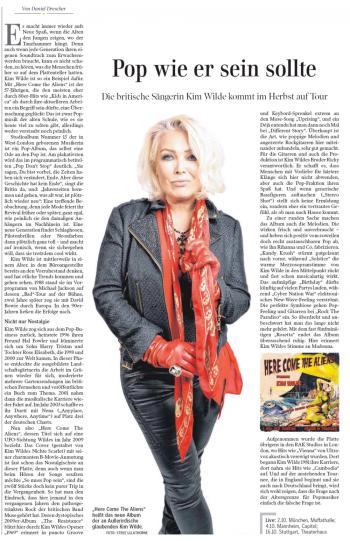 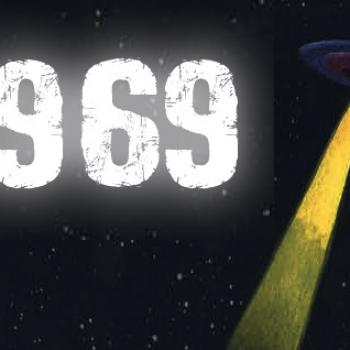 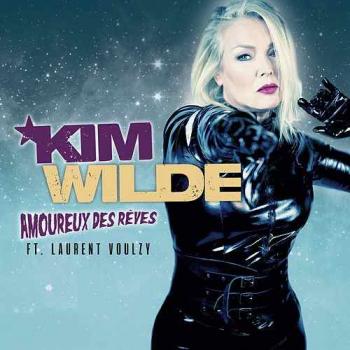 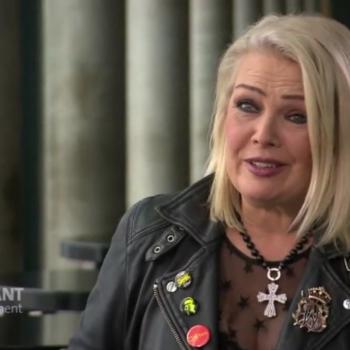 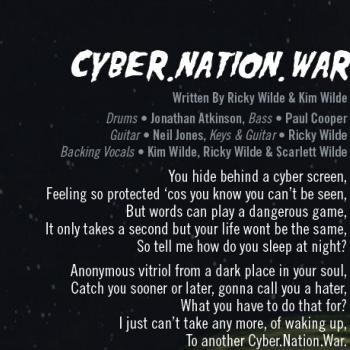 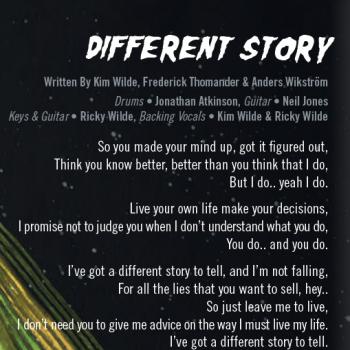