Eighties pop icon Kim Wilde talks about how gardening and yoga helped her through lockdown and her joy at finally working with her father on his new single and album.

She's sold more than ten million albums, some 20 million singles, and holds the record for being the most-charted British female solo act of the Eighties - but it was gardening and yoga that Kim Wilde credits with getting her through lockdown.

Holed up in her Hertfordshire home, along with her children and husband Hal Fowler, the Eighties icon turned straight to the garden - and her sister Roxanne Rizzo Wilde's daily online yoga sessions.

"Roxanne's yoga has saved my life during lockdown", she smiles, when the three of us met - virtually, via Zoom, as is the way of things since March 23. "That and gardening. And the yoga has helped my gardening because you have to do a lot of bending down and lifting and you have to be really careful with your body out in the garden when you are my age! I have been doing lockdown yoga with Roxanne right from the start of lockdown and I've never felt so strong and able to go out there and take on challenges."

"It's been really lovely", agrees Roxanne - who, like her sister, is a mum-of-two and a singer by trade - having spent ten years touring with Kylie Minogue and also with Adele. "It's been that way of supporting each other through lockdown. And actually for the first time ever I've been growing vegetables. Kim's helped me with that. I've got tomatoes, carrots and some herbs and none of them have died! I was a bit worried that I wouldn't be able to help a vegetable grow but I have managed to achieve that!"

Indeed, Kim is today (almost!) as well-known for her gardening as she is for her pop career. With a Gold award for her courtyard garden at the Royal Horticultural Society's Chelsea Flower Show and two gardening books under her belt, she's as happy getting her hands dirty as she is on stage.

"I think it began as a very small child, from picking fruit and being amazed about blackberries and plums and gooseberries or the smell of a rose", she says. "But it really became a private passion when I had the family and I wanted to make them a garden."

She attended Capel Manor college back in 1998 while pregnant with her son Harry to learn about horticulture, and the interest never waned. "I think a lot of people thought that, you know, gardening was a bit of a fad, but I'm as much of gardener now than I've ever been", she reveals. "I'm very involved in a local volunteer project with my husband called Waste Not Want Not down at Knebworth. We grow lots of plants here for that project and it has an online shop now that's doing really well. We have polytunnels on the land and we're growing seeds all the time and I'm up to my ears in seedlings and plants."

And there's one particular plant she has a special affection for - the humble rhubarb. "Anyone that's got a spot anywhere, that's got a bit of sun, doesn't matter where it is, can grown rhubarb", she enthuses. "Rhubarb is packed with fantastic minerals and vitamins and it's just an incredibly powerful, easy to grow fruit. At the beginning of lockdown it gave me a lot of security, emotional security. I thought, if we can't get hold of fruits for any reasons, if we can't get hold of berries, if things get really bad, we'll have that rhubarb plant out there supplying us with all those fantastic minerals and vitamins and vitamin C. So, actually as a result of lockdown, I've planted a few more crowns. And it was the very first plant that I was given, by my best friend's mother, who was one of the first people who ever really inspired me to be a gardener. Sadly she passed away during this Covid time - not of C19, but none the less she passed away just as the lockdown began, and I was very reminded of that, as we were eating the rhubarb and thinking about her. I would highly recommend everyone go and grow it now."

But it's not just lockdown gardening and yoga that has brough sisters Kim and Roxanne together. They are both the main vocalists across their dad Marty Wilde's new album Running [Together] out on October 2. The release will make Marty - a prolific songwriter for the likes of Snow Patrol, Jonas Brothers, Status Quo, Tom Jones, and Lulu to name a few - the only living UK artist to successfully release music across eight decades. And the sisters are both more than a little excited about it.

"Professionally, this album with dad is one of the proudest things I've done", confesses Roxanne. "He keeps on saying it's going to be his last album - it won't be, I won't let it be! - but it's great to be involved in it. He's so happy and satisfied that he's managed to get all those ideas out on the record."

"I've never had a single out with dad before", says Kim. "It's taken me to be nearly 60 and dad to be 80 plus for it to happen. The next single after Running Together is called 60's World and it's a brilliant pop record. My dad is a great songwriting craftsman and sas soon as I heard this song I just said, dad this is a smash. I can hear this all over the radio and people loving it and I'm really excited. We made a really cute lockdown video for 60's World and we also made a cute video for Running Together which was hilarious", chuckles Kim. "My kids [Harry, now 22, and Rose, now 20] were having lunch, while I had my red velvet teddy boy jacket on and all my make-up and they were looking like, 'oh for goodness sake what are you doing?!"

Like all of us, their plans for the rest of the year are a little up in the air. Roxanne said: "If all the plans go well, we're looking at touring next year with dad, which will be amazing."

And there is the small matter of Kim's 60th birthday to think of too. "Yeah, so I'm 60 this year", she says a touch ruefully. "I don't know what kind of celebration I'm going to be able to have, so I'm just going to have to get my head round that, but like Roxanne I'm just going to pray that next year I'll be able to get back on stage to my audience and our audiences for a greatest hits show perhaps." 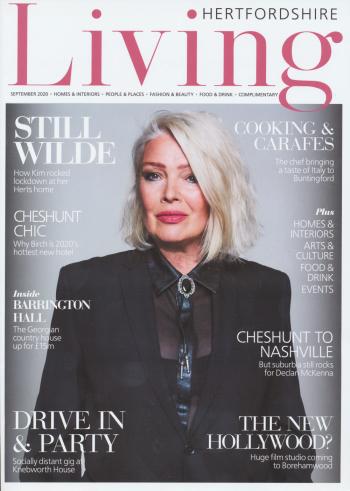 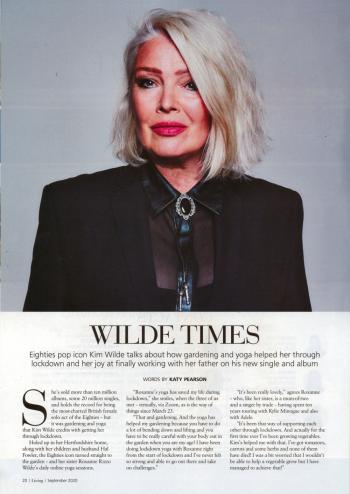 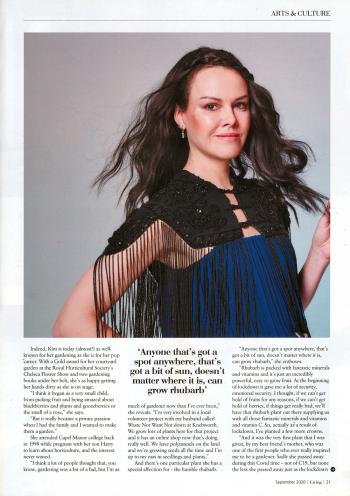 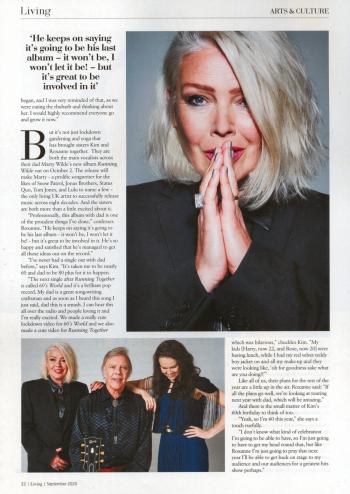