Born in London, Kim, 60, originally burst onto the music scene in 1981 with the global hit 'Kids in America'. This led to a career spanning over 30 years with 30 million record sales, 12 albums and some of the most memorable hits of the 80s including 'Chequered Love', 'You Came', 'You Keep Me Hangin' On' (number one in the USA), 'Four Letter Word' and 'Never Trust A Stranger'.

Now with the greatest hits album out on Cherry Red Records and a greatest hits tour in full bloom (pun intended, Wilde is an award-winning gardener) Kim will be performing all of the hits and more here in Mallorca, as part of the Pop Don't Stop album promotion.

I reached out to Kim for a fun and insightful Q&A which she happily accepted. Thanks Kim!

The new greatest hits album 'Pop Don't Stop' is out now, available as a 5CD/2DVD deluxe box set, a 2CD edition and digital download! Also, 'Pop Don't Stop: A Biography' is out Now!

Kim Wilde & Foreigner will be performing at Plaça de Toros de Palma 14.6.2022 for the 'Classic Rock Night' presented by Legends VIP in association with Celebrity Magazine.

What was the music playing in your household as a child?
Dusty in Memphis, Beatles, Beach Boys, Elvis and Frank Sinatra. I grew up in the 60's/70's, an incredible time for pop music of all genres!

What was your first job?
Cleaning for my piano teacher when I was 13.

What was the first thing you bought when you became famous?
A flat in North London.

What is your favourite city in the world?
Sydney, Australia.

What is one of your favourite holiday destinations?
Thailand.

Do you speak a second language? If yes, what is that language?
I speak some French.

Who is your go-to person for advice?
My daughter, Rose.

Who is the last celebrity you called?
Boy George.

What was the last thing you Googled?
Kim Wilde 80's memories for the Gary Davies show on Radio 2.

What emoji do you use the most?
Rock 'n' Roll salute.

What's your least favourite food?
Food that's not fresh, badly cooked or made by someone without passion!

What's your usual wake up time?
8am, although I'm known as the 'dormouse of Rock' because I can sleep anywhere, and love a lazy Sunday morning.

What does your morning routine look like?
Feed the dogs, take them for a walk, check the garden.

What motivates you to keep touring?
A great love of interacting with the audience and fun times with my amazing band.

What are two of your favourite songs to perform live?
Kids in America and You Came.

How did the duet with you and Boy George on Shine On come about?
He made contact by Zoom during lockdown and asked me to sing on his project 'Cool Karaoke', so I asked him to be on mine 'Pop Don't Stop - The Greatest Hits'. George loved 'Shine On' and has delivered a stunning vocal performance.

What advice would you give to your 21 year old self?
Trust your instincts. 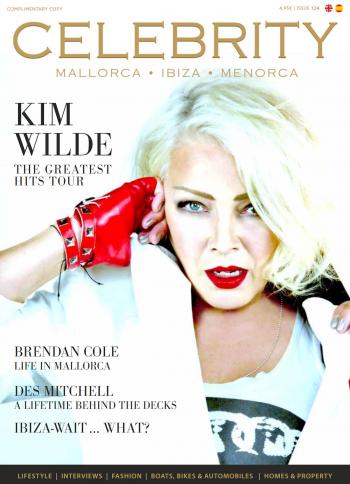 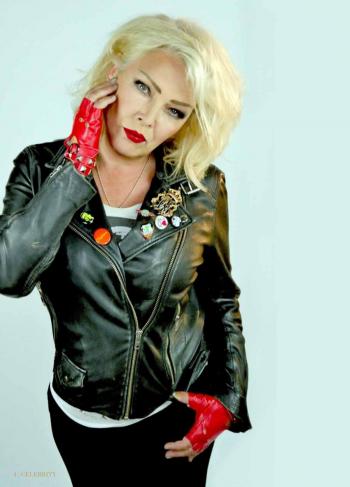 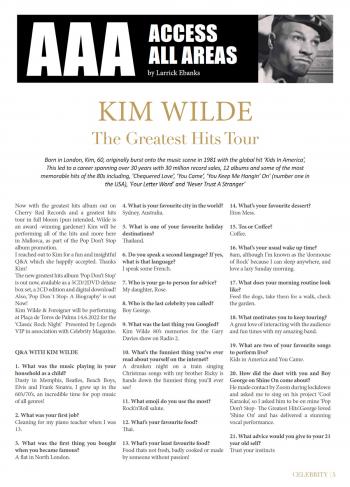 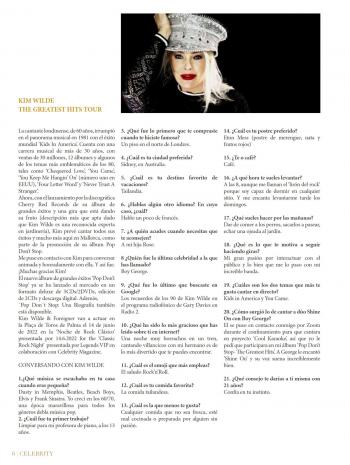 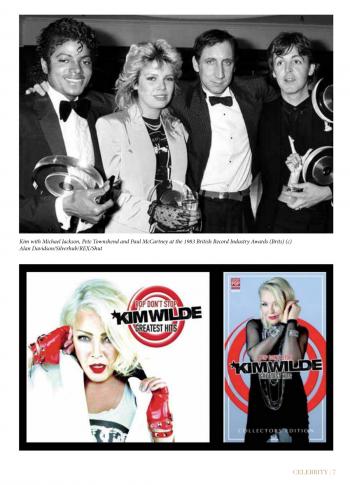