She returned to the stage from gardening

Even at the age of sixty, her radiance is impressively youthful. We come to know how her life has evolved in recent decades.

Those who were young in the eighties will surely remember the beautiful, lush English singer, as he was a huge star at the time. Then, for many years, she turned her back on the stage and began to do something completely different: she learned gardening and gardening. Not only did she take advantage of her new hobby at home, where she created a real paradise around her country house in Hertfordshire, but built a whole career on it. She has hosted several gardening TV shows and has also written books on the subject. With her own garden, she also won a gold medal in a competition at a flower show.

She stopped the time

Although she has performed at times since then, she has only really returned to pop music lately. She released a new album three years ago and has now released her best of album, Pop Don't Stop, which contains her best hits. With this and a concert tour starting next year, she is celebrating the 40th anniversary of the start of her pop career since her first album was released in 1981.

His former fans will be able to feel at the party as if time has stopped, since when Kim recently took the stage in Liverpool, no one would have said she turned 60 last year. She looked really great in her leather fitting, her rivet-fringed jacket, her tight pants and her tight corset. More recently, she also duetted with another big star of the time, Boy George.

She was teased for her lips

At the time, her rocker father, Marty Wilde - who was a Robbie Williams in the fifties in England - and her younger brother, Ricky, wrote her songs including her first hit, Kids in America. Of course, the appearance of the star, who was barely twenty years old, was overwhelming. "I am very grateful that I inherited such a beautiful nose from my mother. From my father to my beautiful lips - although I used to be teased at school that I had lips like Mick Jagger".

In 1987, she was no less a superstar than Michael Jackson, who asked her to be the support act for his concert tour.

She got to know the actor-singer Hal Fowler, who was eight years younger than her, when she was over 30. They performed together in a rock musical, and Kim was in love at first sight. At first, however, the man hadn't fainted at all from the obsessed pop star. "I'll be honest, it took me months to get him to invite me to dinner," Kim later recounted. But that’s history, she's been married to Hal for about 25 years today and raising two children: a son, Harry, twenty-three years old, a daughter, Rose, twenty-one. 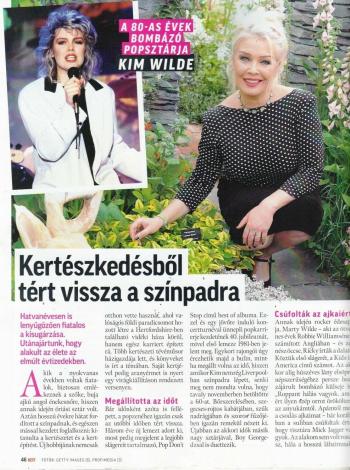 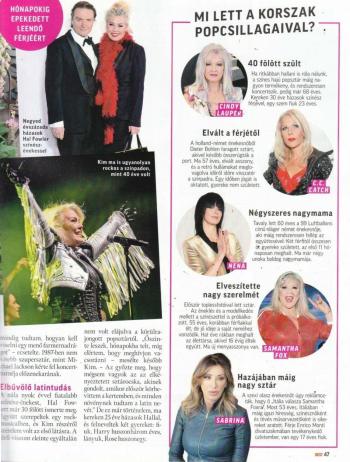