Kim Wilde has released many songs during her career. Some of them have been covered by other artists. On Cover Friday, Wilde Life presents cover versions of Kim Wilde songs. This week: Ken.

One Kim Wilde song that surely deserves more cover versions is her 1982 single, 'View from a bridge'. As far as we know, there are only three cover versions around, of which Ken's version is our favourite.

Ken is a German band formed by singer Aydo Abay with Guido Lucas, Michael Fritsche, Oliver Fries and Oliver Lauxen. The line-up changed a few times since then; by 2005, Lauxen had left and Georg Brenner, Marcel von der Weiden and Jens Küchenthal had joined. In that year, the band released two albums: 'I am thief' and 'Stop! Look! Sing Songs of Revolutions!'. The latter was an album of new compositions, whereas the former was an album of cover versions, featuring songs like 'Your ghost' (Kristin Hersh), 'I ran' (A Flock of Seagulls), 'Digging in the dirt' (Peter Gabriel)... and 'View from a bridge'.

Featuring drums, bass, guitar, keyboards and sax, the track sounds more organic than Kim's synth-based original. The male lead vocals also give it a very different twist. The song is not available online, but you can listen to a sample here. More information about the band Ken can be found in our Encyclopedia. 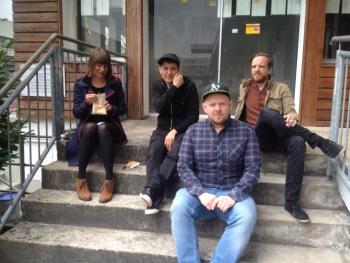 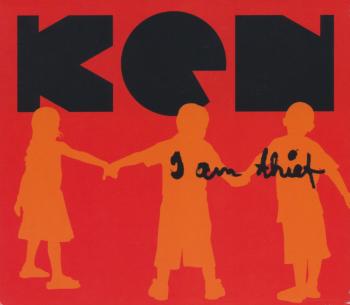