The Greek debt crisis took another turn yesterday as a majority of Greek people voted 'No' against their international creditors’ conditions for further bailout aid in a historic referendum on Sunday. It made us wonder: how often does Kim say 'no' in her lyrics?

Going through all the lyrics Kim has written herself, it's quite interesting how little she actually uses the word 'no'. Usually it's a combination of words, as in 'You came': 'No one could love you more', or in 'Hold back': 'no denials - no introspection'. The only song written by Kim, then, where 'no' is used as a negative to express dissent or denial is Songs about love: 'Oh no 'cos you know they're only lies you're listening to'.

Kim has performed and recorded some cover versions during her career, and this is where the biggest amounts of her negatives in lyrics come from: her 1996 single Shame featured quite a few of them, but the absolute winner is the Elvis tribute performance of Big hunk o' love, where Kim sings no less than 29 'no's.

Finally, there's an honorable mention for Kim's adamant negative in a conversation with Mel Smith in the music video for Rockin' around the Christmas tree, where he asks 'Kim do you think our love will last forever?'... 'Couple of years maybe?'... and she replies 'no' both times. 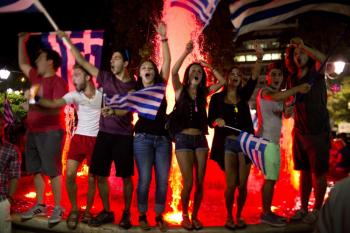 People celebrating the outcome of the Greek referendum on the streets in Athens, yesterday evening 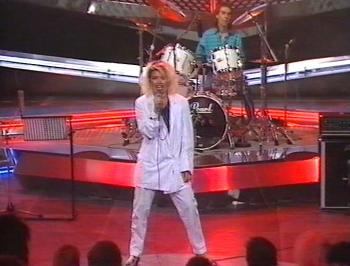 Kim in the music video for 'Shame' 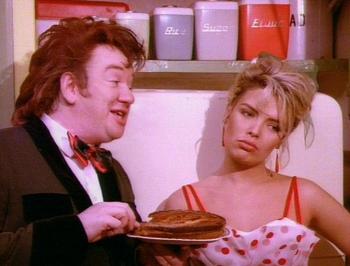