Tomorrow it's exactly 20 years ago that Kim Wilde released 'Breakin' away'. In a way, the single signalled the beginning of the end of the first part of Kim's career in music. It wasn't received well, only reaching lowly positions in the charts: no. 43 in the UK and no. 79 in Germany. The album 'Now & forever' was equally ill-fated. Only three months later, Kim announced that she would take part in the West End musical Tommy, and the rest, as they say, is history.

But Kim was still capable of a love affair with the camera. A photo session with Stuart Western in the summer of 1995 showed Kim in good shape: slim, trim and healthy. One of the photos from that session is shown below. 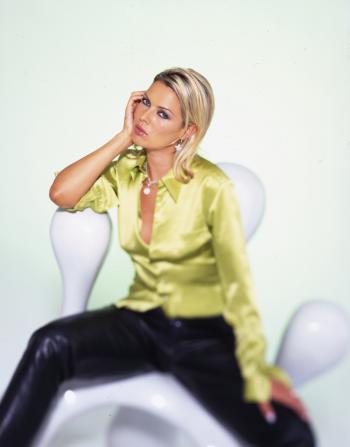