With the Tour de France in full swing, it's time for an image of Kim Wilde on the bicycle. This picture was actually taken in 1983, but the only instance where it was used - as far as we have been able to find out until now - was in an article in the Dutch pop magazine Hitkrant in July 1988: Kim Wilde: cycling on the heathland. 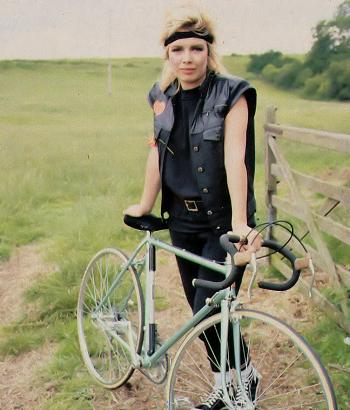