Today we celebrate the fifth birthday of Kim's single Lights down low: it was released on August 13, 2010. It was the first single taken from her album 'Come out and play', which to date is Kim's last album of almost entirely original material. (As fans will know, 2011's 'Snapshots' was an album of covers and 2013's 'Wilde Winter Songbook' was a Christmas album with partly original Christmas songs but also partly covers of old Christmas songs.) The single's artwork featured a photograph which has rarely been seen without the 'Kim Wilde' logo and title of the song printed across it. So here's a chance to see the picture in full. 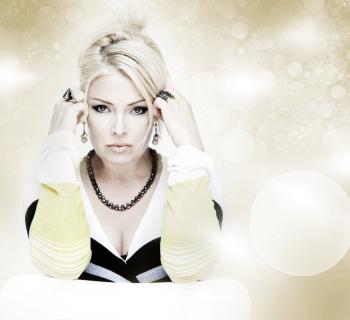