Although Kim did her first UK tour in October 1982, her actual live debut took place on September 10, 1982 in Slagelse, a town in Denmark. It was the first of six live dates in various Danish towns, including one date in the capital Copenhagen. This Danish tour remains a bit of a mystery, since so very few photos made it out. There were some press reports of these live concerts at the time, which is why there are a few photographs from the concerts in Slagelse and Copenhagen. The photo below was taken from the latter and published in an article in the German magazine Popcorn.

Also, a few years ago, Wilde Life published a few photos of Kim's concert in Randers, taken by fan Helle Brask, but that's about it. Is it? Are there no more photos from that Danish tour? If you can prove us wrong, you can contact us. 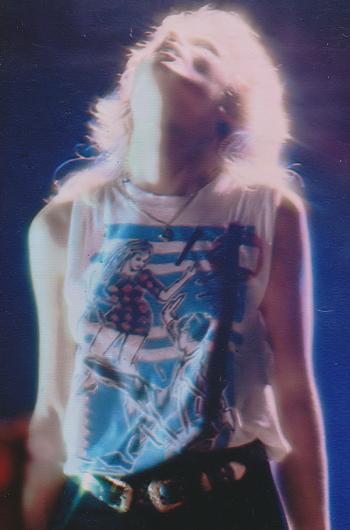