Adam Faith was a British teen idol, who started his career in music in 1957 as part of the skiffle group the Worried Men. Soon he was given a solo recording contract. His debut records failed to make the charts. His first hit single arrived in 1959 in the guise of 'What do you want?', written by Les Vandyke, produced by John Burgess and arranged by John Barry. Several top 10 hits followed, and Faith continued to hit the charts at least once a year until 1966. After this, he failed to make the singles charts anymore.

The 1967 single 'Cowman, milk your cow' was one such misses, but it's interesting for Wilde fans because the B-side was written by Marty Wilde. The lyric of 'Daddy what'll happen to me' could easily have been written this year. It shows a desperation about the world, its wars and violence everywhere. It's not hard to recognise that Marty had a hand in writing this song when you listen to it: it could easily have been sung by him as well. 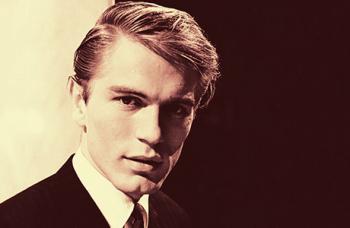