Marty Wilde and Ronnie Scott wrote quite a few songs together while they were working for the George Cooper Agency. Together they wrote the song 'When Jezamine goes', which was recorded by the Bystanders in 1968. Like previous offerings by this band, the single failed, but it was covered by the Casuals later that year, and in their version (titled simply 'jesamine') the song reached number 2 in the UK singles chart.

The Casuals were a British pop group from Lincoln, Lincolnshire (UK). Founded by John Tebb (vocals), Howard Newcombe (guitar), Don Fortune (drums) and Zenon Kowalski (bass) in 1960, the group went through various line-up changes. Fortune and Kowalski left, to be followed by a series of replacements. After the success of 'Jesamine', they only had one more hit called 'Toy', which reached number 30 in December 1968. Their first and only album, 'Hour World', was released in 1969, but didn't capitalise on these successful singles. None of the band's following singles managed to chart; they finally disbanded in 1976.

'Jesamine' has become a classic song that is still often played on certain radio stations. Paul Weller referred to it as being one of his all-time favourite singles. 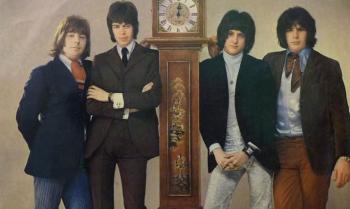 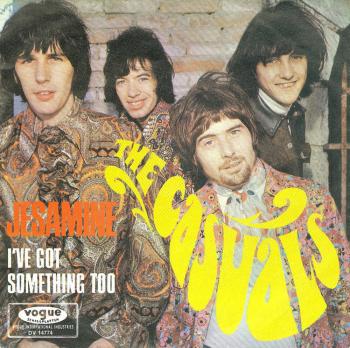