Kim Wilde has released many songs during her career. Some of them have been covered by other artists. On Cover Friday, Wilde Life presents cover versions of Kim Wilde songs. This week: Exom.

This week's cover version was actually recorded in 1981, long before hopeful amateurs posted videos of themselves on YouTube trying to get 'discovered' by an audience, or perhaps even a producer. The band Exom recorded their version of 'Chequered love' in the Finnish town Nykarleby on December 19, 1981 for what sounds like a demo tape. The recording ended up on YouTube just this January, almost 35 years later! Vocal duties were fulfilled by Tore Carlson.

So, did Exom ever make it big? Well, actually, they had already released a single in 1978. 'Disco lover' was a self-released disc which did not dent the charts, but it does give us a hint of the line-up of the otherwise unknown band: it features Rolf Kuula (vocals, drums), Tom Nyman (vocals, guitars), Hippi Hovi (vocals, bass), Eddie Abacka (vocals, guitars) and of course Tore Carlson (vocals, keyboards). Sometimes it's nice to hear a rough diamond, so here it is... 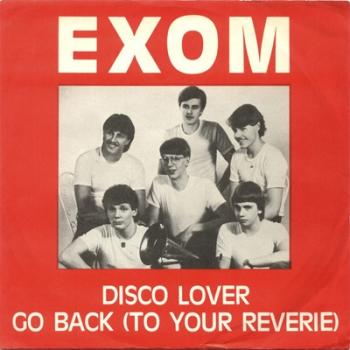