Kim Wilde has released many songs during her career. Some of them have been covered by other artists. On Cover Friday, Wilde Life presents cover versions of Kim Wilde songs. This week: Ghoul.

On the last edition of Cover Friday for 2016, we present another cover version of 'Kids in America'. This week's version - and there have been a few this year - comes from an American hardcore trash band. Ghoul was formed in Oakland, California (USA) and consists of band members that remain largely nameless, but for nicknames like Cremator, Dissector and Fermentor. They claim to be mutants that came from Creepsylvania. Ghoul was signed after self-releasing a demo.

They released their cover version of 'Kids in America' in 2012 on two different flexi discs: one was black, the other was red. Their fifth CD 'Dungeon bastards' was released earlier this year, and there are gigs planned in Glasgow and Tilburg (Netherlands) in early 2017. 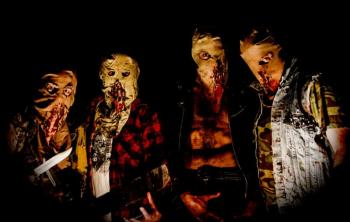 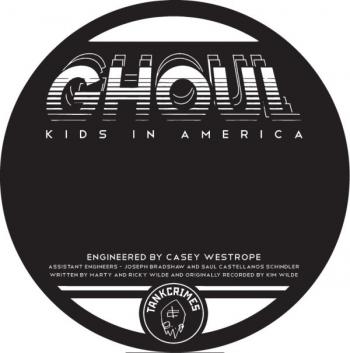 The 7" flexi disc 'Kids in America'