Kim Wilde has released many songs during her career. Some of them have been covered by other artists. On Cover Friday, Wilde Life presents cover versions of Kim Wilde songs. This week: Lynn Sweet.

It's Kim's birthday today so on this week's edition of Cover Friday we thought it would be nice to pay attention to someone who has recorded more Kim Wilde cover versions than anyone else. She is Lynn Sweet, but before you get too excited, there's really not much we can tell you about this artist.

The only thing we know is that she is a singer who recorded an entire album's worth of Kim Wilde covers on a tape called 'Voice like Kim Wilde'. And that, of course, is probably meant as a compliment because she really doesn't sound that much like Kim Wilde at all. Released circa 1988, the tape contains cover versions of 'Kids in America', 'Chequered love', 'Water on glass', 'Cambodia', 'View from a bridge', 'Child come away', 'Dancing in the dark', 'Love blonde', 'Dancing in the dark', 'The second time', 'Rage to love', 'You keep me hangin' on', 'Another step', 'Say you really want me', 'Hey mister heartache', 'You came' and 'Four letter word'. Out of these songs, we picked two that were never covered by other artists: you can listen to Child come away and The second time. It will give you a good impression of the quality and range of the songs on this tape. 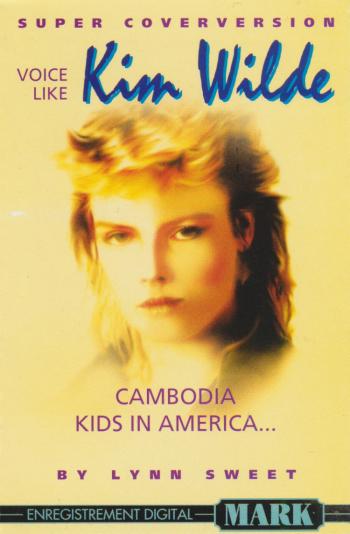