Kim Wilde has released many songs during her career. Some of them have been covered by other artists. On Cover Friday, Wilde Life presents cover versions of Kim Wilde songs. This week: Marsha.

Sometimes a cover version seems to come from absolutely nowhere. Take for instance the band Marsha. We have the CD 'Wigged Out (Two)', released in 1998 and featuring eleven tracks, of which ten are written by the band members themselves. However, track 11 is called 'We're the kids in America' and is a ramshackle rock-oriented cover version of the familiar Kim Wilde track. The sleeve of the CD gives us the information that Marsha consists of Joe Romweber (vocals, guitar), Jeff Umbarger (bass) and Norman Underwood (drums).

And then? Nothing. Joe Romweber and Norman Underwood appear to have come from the band Leap of Faith, which released one track on an American compilation album in 1990. That band comes from North Carolina, which is also where Marsha's record company Vertical 8 is based. So it's safe to say we're dealing with an American band here. But there is no other information on the band or its members after 1998 and the release of this one album. One album? Yes, because 'Wigged Out (One)' can't be found anywhere either. 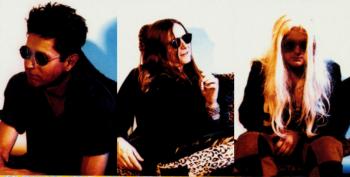 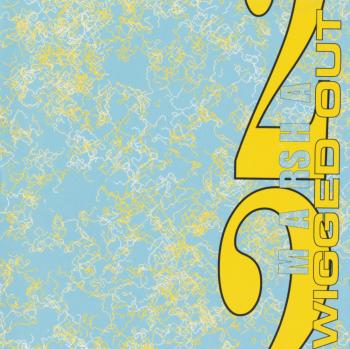 The album 'Wigged Out (Two)'