Kim Wilde has released many songs during her career. Some of them have been covered by other artists. On Cover Friday, Wilde Life presents cover versions of Kim Wilde songs. This week: The Donnas.

The Donnas formed in Palo Alto, California (USA) in May 1993, while the founding members were in eighth grade. Brett Anderson (vocals), Alison Robertson (guitar, vocals), Maya Ford (bass guitar, vocals) and Torry Casteliano (drums, percussion, vocals) originally called themselves Ragady Anne and The Electrocutes. In 1997, they recorded the debut album The Donnas. While in their senior year of highschool, they took a week off to promote the album in Japan. After graduation, they signed with the indie record company Lookout and released their second album 'American Teenage Rock 'n' Roll Machine' in 1998. Their third album 'Get Skintight' was released a year after that. It was their first album composed without outside assistance. A fourth album 'Donnas Turn 21' (2001) caught the attention of major labels, which led to them signing with Atlantic.

Their label debut for Atlantic 'Spend the night' was released in 2002. It was their first album to break into the top 100 of the pop charts. After a tour and a sabbatical, they returned in 2004 with 'Gold Medal'. With the help of producer Jay Ruston (the Polyphonic Spree, Meat Loaf), they released the album 'Bitchin'' on their own independent label, Purple Feather, in September 2007. Their cover version of 'Kids in America' was a contribution to the soundtrack of the movie 'Nancy Drew' in 2010. The band were reported to be working on a new album in 2012, but no news has been released since then. 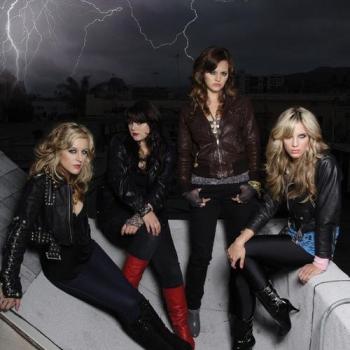 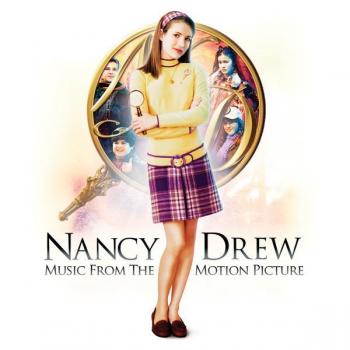 The album 'Nancy Drew - Music from the Motion Picture'