Today is February 29, a day that only comes around once every four years. For those who are interested in historical events, it's not so strange that only few things ever happened on this day.

For Kim WIlde, February 29 has rarely been a very active working day. In 1984, 1988 and 1992 she was away from the public eye because of work on the albums 'Teases & dares', 'Close' and 'Love is' respectively. As a result, 1996 was the first time that Kim Wilde fans could actually enjoy their idol on television on a leap day. She was presenting the show 'Into the music' on VH1 for a week, and the February 29 edition was the second of five. You can watch the episode here.

The next two leap days, 2004 and 2008, were also spent out of the public eye, but in 2012 KIm Wilde appeared on German television alongside German singer Heino in Gottschalk Live. The programme was actually recorded the day before, but broadcast on February 29. The interview itself was unremarkable, but still... it was a leap day interview! You can watch the interview here. 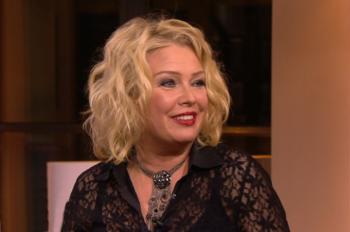