It's hard to believe, but tomorrow Marty Wilde celebrates his 77th birthday. It's no surprise, then, that this week's Throwback Thursday is devoted to Kim and her dad. Marty has had a big hand in the launch of Kim's career, since he wrote the majority of the lyrics for her first four albums. Behind the scenes he was also involved in the productions of her first few tours, as well as nudging her in the right direction when her determination to succeed in "the business" was falling short.

Obviously, Marty has also been successful with many other artists as a songwriter and producer - our weekly installments of Wilde World are testimony to that. So here's to the living legend Marty Wilde, photographed here with his famous daughter back in 1983. 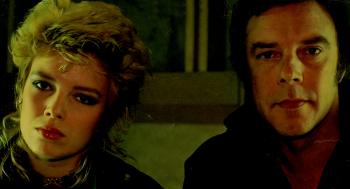