On April 21, 1992, Kim Wilde released 'Love is holy', a single written by Rick Nowels. He'd previously worked with Belinda Carlisle and as a result, media and fans kept referring to this as a 'Carlislesque' track. Despite, or because of this, the single was a success, reaching number 16 in the UK singles chart; Kim's first top 20 hit since 'Four letter word' in 1988. The single was even released in distant countries like Mexico and Costa Rica.

But even if some fans didn't like the song, the video was pure eye candy. Directed by Zanna, it showed Kim in a beautiful expensive dress and a Marilyn Monroe look. Some felt she'd never looked better. In this photograph from the video shoot, she certainly looks very beautiful. 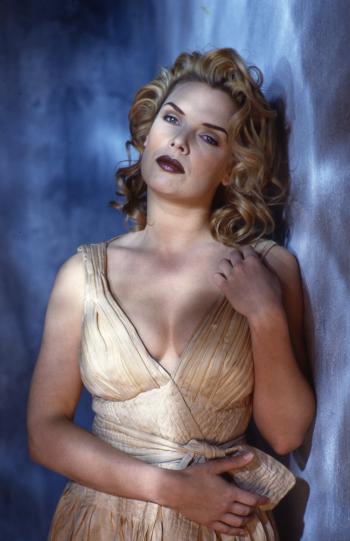