The Bospop (Woodpop) festival takes place in Weert (The Netherlands) every year. As the name suggests, it's a pop festival in the woods. The 2007 edition had a bit of a female touch, with Dutch singer Ilse de Lange, Blondie and Kim Wilde all headlining the festival. Kim played a solid set featuring her hits, some new tracks from the album 'Never say never' and a few cover versions.

The press reviews were fairly positive, although opinions varied from person to person. One reporter called Kim 'clumsy' because she dropped her microphone once, other articles proclaimed 'Kim can still sing' and 'Entertaining for sure and the beautiful Kim is still pretty as a picture'. 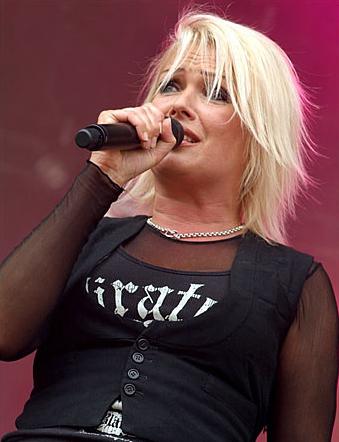