31 years ago, between August 9 and 13, Kim Wilde did four live dates in the South of France together with the French band Telephone. A few thousand French fans were able to attend these concerts, taking place in open air arenas in Beziers, Nimes, Frejus and Dax. Unfortunately, no setlists remain from these dates, but there is at least one report from the tour.

On September 11, 1985, the French magazine 'Salut!' published a six page article dedicated almost exclusively to Kim, featuring eleven photographs and a slightly personal report from Salut!'s Bob Boucquet. Although there isn't much information about the actual concert he does write: 'Going through all the pallets of rock, rockabilly and punk through to ballads, Kim is proof that she is a true rock star, turning resolutely away from a certain British pop variety.' 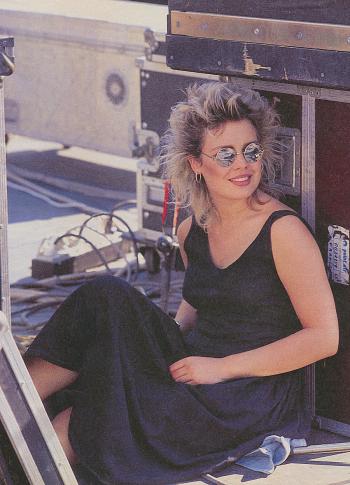