The RSH Gold Award is given to artists every year by a German radio station since 1988 on the basis of major regional airplay success. (RSH stands for Radio Schleswig-Holstein.) On February 11, 1996, Kim Wilde was presented with the RSH Gold Award for her success with 'This I swear', which apparently was played a lot on the radio station.

The ceremony was broadcast on television, on Germany's commercial RTL2 station. Kim did a lipsynch performance of 'This I swear' after which she is presented the award by a man with golden body paint and a female presenter. The photo shown here was made backstage. The award is still in Kim's possession, it's a heavy piece that she keeps in her house in Hertfordshire. 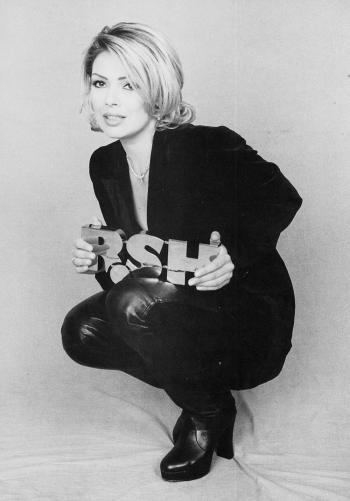