This week's Throwback Thursday photo is brought to you by Paul Keating, who played the title role in the musical Tommy in 1996 and 1997. Twenty years ago this week, that musical had its opening night for the press, and he commemorated that night with a tweet a few days ago:

His tweet certainly caught the eye of Kim, who played his mum during the musical's one year run. She replied:

Many fans share those happy memories. It's certainly regrettable that no registration of the musical was ever released officially, neither on audio nor on video. But at least there are some photographs to remember this great production. 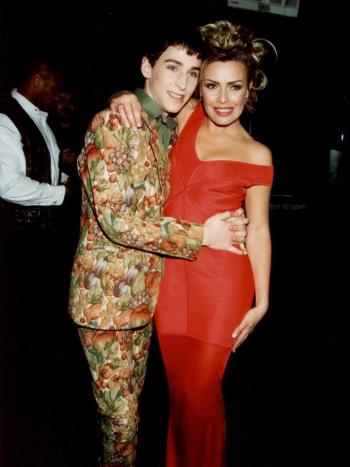