Marty Wilde probably never actively sought attention from Scandinavian acts, but his songs proved a popular choice in Sweden and Finland, as Danny's version of 'I still believe in tomorrow' proved. Marty had written the song in the late Sixties and it was recorded by John & Anne Ryder. A Swedish translation by the Hootenanny Singers soon appeared, but Danny recorded a Finnish version of the song, entitled 'Yhä Virta Venhettä Kantaa', with Finnish lyrics by Pertti Reponen. He recorded the song with the Esko Linnavallin Orchestra and put it on the B-side of his 1970 single 'Meillä potkii hyvin'.

Danny's real name is Ilkka Johannes Lipsanen. He was born on September 24, 1942 in Pori, Finland. He started his career in the 1960's as the lead singer of the pop-rock band The Islanders. The band recorded in English, but his solo career consisted entirely of Finnish songs. In the late 1970's he teamed up with Miss Finland, Armi Aavikko as Danny & Armi and scored some memorable hits as well. Perhaps surprisingly, Danny is still active in music and regularly tours around Finland. 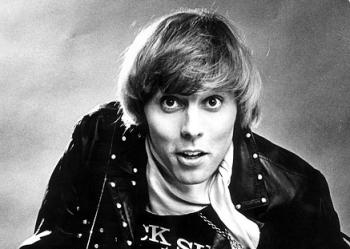