Kim Wilde has released many songs during her career. Some of them have been covered by other artists. On Cover Friday, Wilde Life presents cover versions of Kim Wilde songs. This week: Camilot.

Camilot are the Danish sisters Camilla (born December 31, 1967) and Charlotte (born November 7, 1965) Wisofeldt. They are produced by the succesful duo Hartmann & Langhoff. In 1987, the sisters appeared in the movie 'Kampen om den rode ko' with Morten Eisner. Their first single Radio Moon, released in 1998, was written by Hauss, Panarinfo, Hoinkis, Zweier and Abraham (the same team wrote the lyrics of Culture Beat's album track 'Language Of Love'), with backing vocals by Susanne Carstensen. The follow-up single, 'Amore' followed in 1999.

Then came their first and only album 'Take Me To Your Heart', which contained many cover versions, including 'Yes sir I can boogie', 'Venus' and Kim Wilde's 'You came'. The title track was released as the duo's last single. In 2000 Charlotte and Camilla appeared several times in the TV documentary 'Sådan er kvinder'. Camilla also participated to the real-TV program 'Robinson ekspeditionen' on the Danish channel TV3 in 1999. 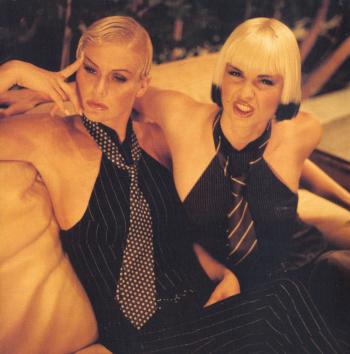 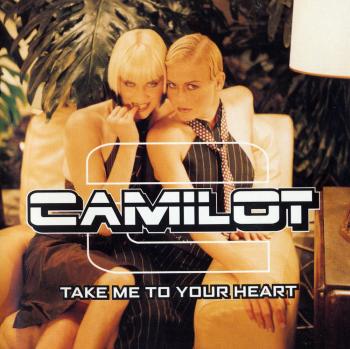 The CD 'Take Me To Your Heart'