Kim Wilde has released many songs during her career. Some of them have been covered by other artists. On Cover Friday, Wilde Life presents cover versions of Kim Wilde songs. This week: CineMuerte.

CineMuerte was formed in 2002 by Sophia Vieira and João Vaz. Within eight months of their birth, CineMuerte scored two support slots: to The Cure and to The Misfits. They’ve been playing live all across the Portuguese musical landscape (Opening act for HIM, My Chemical Romance, Paatos’s, Portuguese Summer Festivals such as Vilar de Mouros, Super Bock Super Rock, etc.)

In 2006 they released their album 'Born from Ashes', followed in 2008 by 'Aurora core'. On 2009, the band recorded a cover version of Kim Wilde's 'Kids in America', which was released on the compilation album Metropolis 79/89 which paid tribute to the Eighties with covers of songs from the decade by various artists.

Listen to the song here. 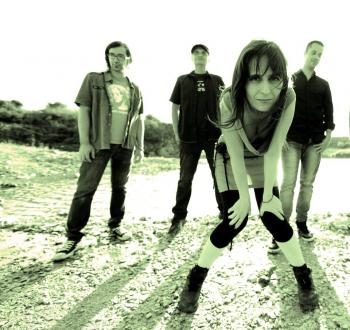