Kim Wilde has released many songs during her career. Some of them have been covered by other artists. On Cover Friday, Wilde Life presents cover versions of Kim Wilde songs. This week: Nobody.

It is an interesting name for an artist: Nobody. Still, this cover version was made by a few 'somebody's, and they are named on the sleeve of the only 12" that was ever made by 'Nobody': a cover version of Kim Wilde's 'Cambodia'. The 12" features two versions of the track: the original extended mix and the Ion remix.

Nobody consists of Nico Deleu and Philip Dirix, who are also working together under the guise of DJ Starfighter. As DJ Starfighter they released some records at the turn of the century; singles such as 'Mayday', 'Apache' and 'Where we lost it'. In 2003, they released 'Cambodia' as Nobody, featuring vocals by a certain Loredana. 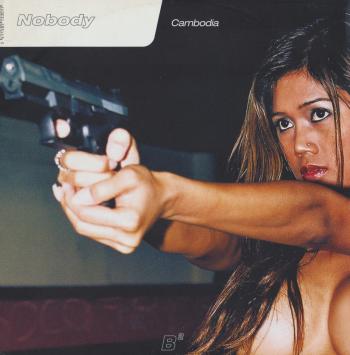