This weekend, Kim's daughter Rose celebrates her 17th birthday. It's obvious that this week's Throwback Thursday picture should include her. Last year, we showed Rose as a baby, so we decided to fast forward a few years and show this beautiful picture of Kim and Rose together in the garden of their beautiful home in Hertfordshire. The picture was taken for an article in the UK magazine OK!, published in September 2004.

These days, Rose is still in school while also becoming a singer and songwriter in her own right, while her brother Harry is still active in the band Keid. Perhaps we'll see a third generation Wilde coming up in the pop scene in the next few years. It's in their genes, after all! 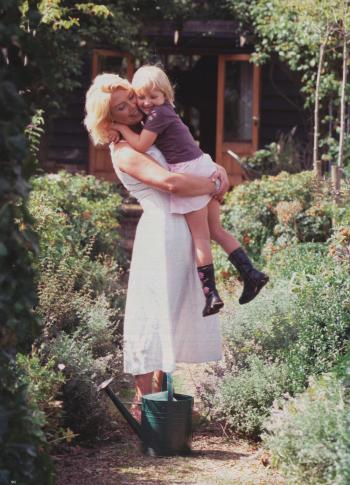