The photographs we present in this weekly feature are sometimes wellknown, sometimes less so. This week's picture was used for the French compilation album Disque d'Or, which was released in 1984. Except it wasn't, because it is a different shot from the same photo session. So you see, sometimes that which looks familiar really isn't.

The photograph was taken in France, while she was promoting her 1983 single 'Dancing in the dark' in shows like 'Les Vainqueurs' and others. This is the face of Kim Wilde people remember the most: with her blonde manes and serious look, she was an icon of the first half of the Eighties. 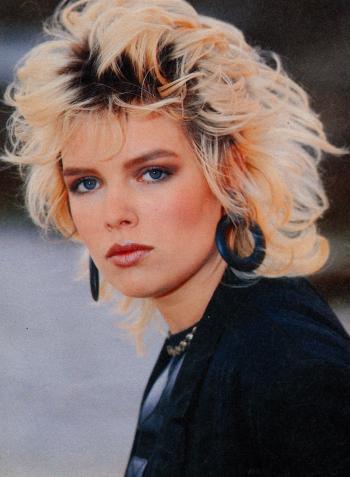