There's something about those early Kim Wilde photographs that keep you hanging on (pardon the pun), so we thought we'd offer you another one this week. Taken in 1981 in Holland, this photograph was widely used in Europe during that year. Back then, the world wasn't as commercialised as they are right now, so while this photograph could easily have been used to promote Bose speakers, it wasn't. 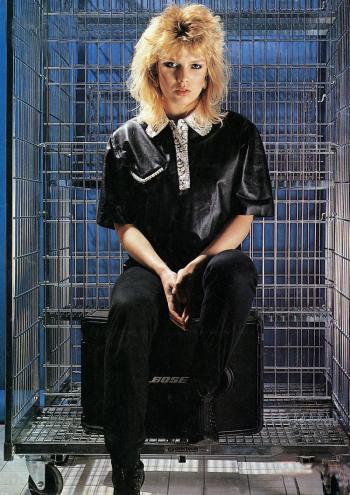