In September 2006, Kim Wilde released her 'comeback album' 'Never say never'. Promotion for the album was in full swing, with TV and radio interviews and many magazines publishing articles about her. Plus there was the music video for 'You came 2006', the remake of her 1988 hit.

That music video is a beautiful piece of imagery. There are many stills that could serve as a photograph, and so we decided to make one of them this week's Throwback Thursday picture. 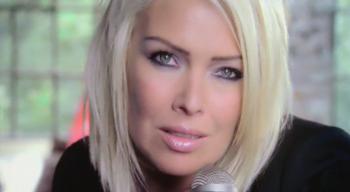