In 1993, Kim Wilde appeared at the Dutch broadcaster Veronica's Music Day, promoting her single 'If I can't have you' and the accompanying compilation album 'The Singles Collection 1981-1993'. The Dutch magazine Top 10 took the opportunity to conduct an interview and photo session in her dressing room. The magazine had the idea of organising a competition in which readers could win a set of earrings (Win Kim Wilde's special earrings, 1993). Kim happily agreed to work with the magazine and posed with those earrings. 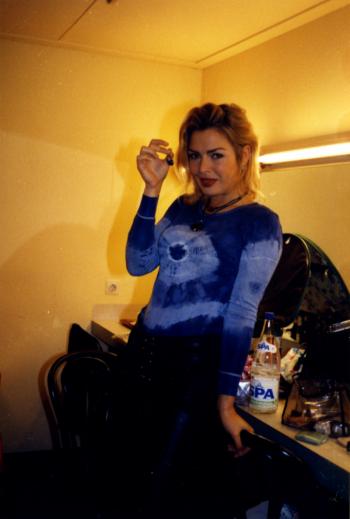