Back in 2013, Kim Wilde performed live with B.E.F. in London and Sheffield. The concerts, organised by Glenn Gregory and Martyn Ware from Heaven 17, featured many guest singers. One of them was Green Gartside from Scritti Politti, and band that Kim has admired since way back in the Eighties. It was with some delight, then, that she shared this photograph of the two of them taken backstage. She posted the photograph on Twitter on October 5, 2013 - exactly four years ago today. 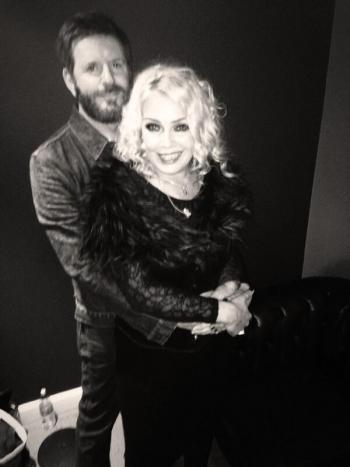