1988 was a good year for Kim Wilde, professionally speaking. With a hit album, several hit singles and the tour with Michael Jackson she caught everyone's attention. There were also many photographs of her, taken during numerous endless photo sessions. Some of those photographs were reprinted endlessly all over Europe, others never really made it. This is one of those rarer shots, which you might never have seen before. Hard to believe that this is already 29 years ago now. 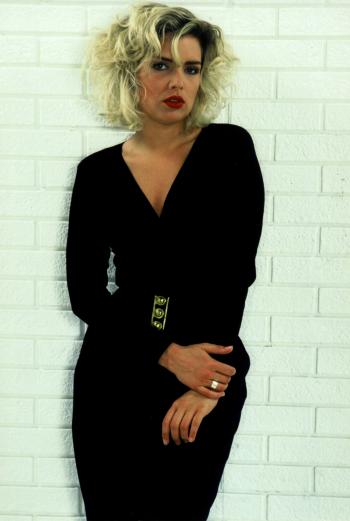