Kim Wilde has released many songs during her career. Some of them have been covered by other artists. On Cover Friday, Wilde Life presents cover versions of Kim Wilde songs. This week: Euphrasia.

Euphrasia started their career in 1992 with the single 'Don't you feel it on the dancefloor'. The duo Peter Neefs and Jan Voermans, hailing from Belgium, had some success with the track in the club circuit.

They decided to follow it up with their cover version of Kim Wilde's 'Kids in America'. They recruited Barbara de Jonge for the vocals and produced three mixes of the track: a 7" version, an extended version and a remix. After a third single, 'I'm ready' (1994) the band disappeared from view. 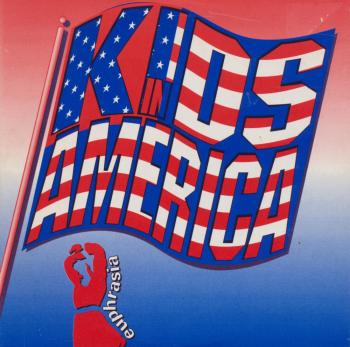