As Kim Wilde starts het UK tour tomorrow, anticipation is building... What will the show be like? What songs will be on the setlist? Costumes? Sound? We don't know yet... But we do know that a Throwback Thursday on such a 'day before the tour' should be a live pic. And since we do know that Kim, Rick and Scarlett will be on stage tomorrow we thought it would be fitting to show you this shot from the 2012 'Snapshots & Greatest Hits Tour'. 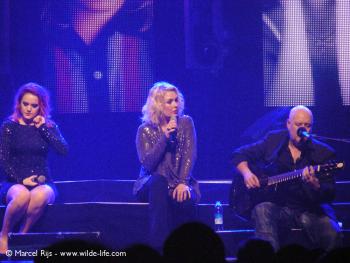