Our weekly Throwback Thursday is meant to take you back to the past - and often as far back as possible, which in the case of Kim usually means the year 1981, when her career in music started. Fortunately there are many photographs from that year, because everyone wanted a piece of Kim: she was photographed all over the world for magazines and newspapers, some of which we're still hunting for.

This photograph may look familiar: it appeared in version 2 of the introductory magazine for the fanclub. Or so you think. It's a similar photograph, just slightly different - and in colour. We hope you like it. 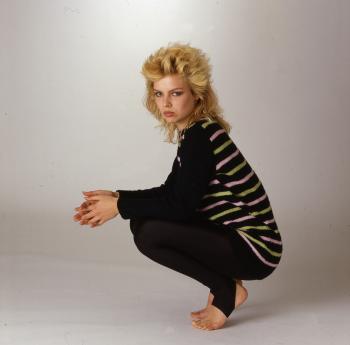