Most of 2019 has passed without any blogs on this website, and that's mostly because there was a lot to write about: live concerts, a live album and loads of older articles and TV performances that hadn't already been posted on this website. But we pick up the pace right now, because those Throwback Thursdays are a great way to have a random look at Kim's long and successful career.

And since 'Aliens Live' is in the charts in some countries right now, it's only right that we feature a live shot this time. Back in August 1985, Kim went on tour with the French band Cinema in France for four dates. Bizarrely, not a lot of photographs were made during these concerts. Only the French magazine Salut! wrote a six page special about this tour, with just one live photograph (and some 'behind the scenes' moments). You can read that article here. 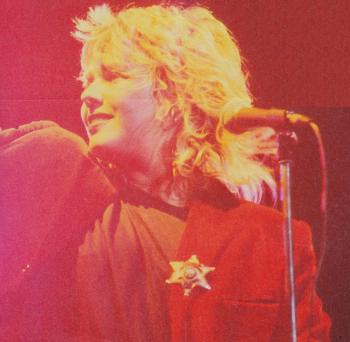