During a recent appearance on 'That was then, this is now', the new show produced by Mike Stock that is streamed weekly on the web, Marty, Kim and Roxanne performed Marty's first self-penned hit 'Bad Boy', written way back in 1959. Since then, various artists have had a go at this song, as you could have read in previous offerings on this blog: Jef Barbara, Fabienne Delsol, Robert Gordon, Françoise Hardy, the Jaguars, Robin Luke, Tex Rubinowitz, the Staccatos and Freddie Starr.

A recent addition is the German band Velvetone. This band from Bremen specializes in Americana and rockabilly music, and consists of Andy Merck, Ray DeVaryo, Stefan Ulrich and Tammo Lüers. Their self-titled debut 10" vinyl album featured seven tracks, of which 'Bad Boy' was one. Since then, the band has released three full length albums and a variety of singles. 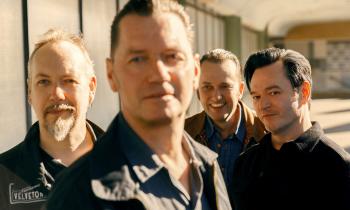 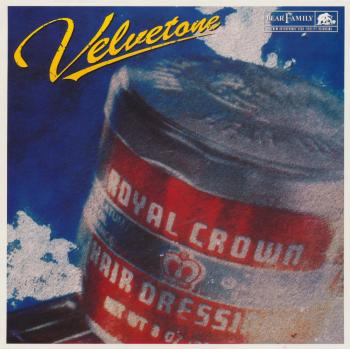