Concert programme for eight concerts held across the UK in November and December 2001, featuring seven acts from the 1980's. Each act is described over two pages with a selection of photographs. Kim Wilde appears on two such pages, as well as in an advert for her cd 'The very best of Kim Wilde'. 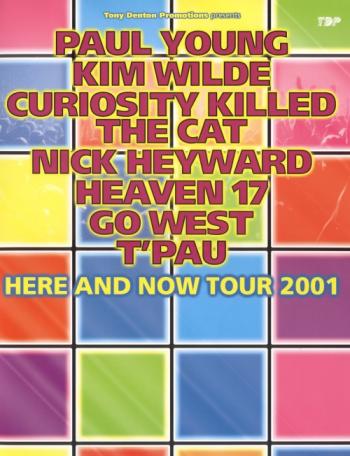