Concert of Abba songs performed by tribute band Fabba. Part one consisted entirely of Abba songs. Kim joins Fabba on stage at the start of the second part, singing 'The Name of the Game', 'Rage to love' and 'You keep me hangin' on'. After more Abba songs by Fabba, the encore was 'Kids in America' and an acapella version of 'Thank you for the music', sung by all. 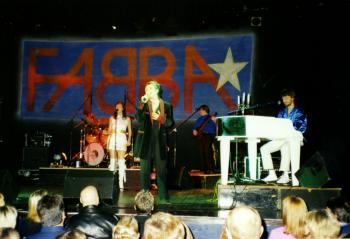