On August 12th, 1990, Radio 1 UK organized the Sega Splash for Starlight (sponsored by Sega, hence the name), at Princes Club in Middlesex. Starlight is a charity that aims to fulfil the dreams of many seriously ill children.
Not only Kim Wilde, but also stars like Sinitta, Sonia, Aswad and members of Beats International turned up for the event. The day was spent doing some water games. The event was publicized all over Europe, mainly because of some very beautiful publicity photographs of Kim Wilde with Gary Davies (one of Radio 1's DJ's). 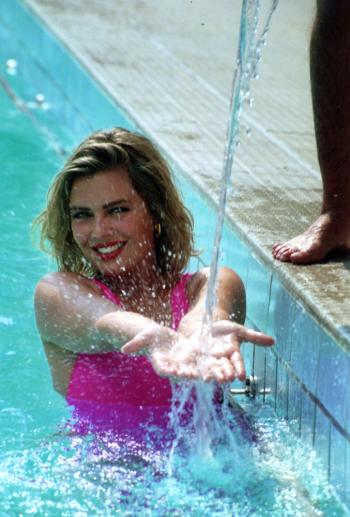 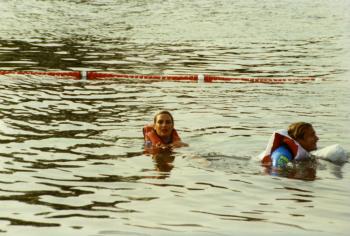 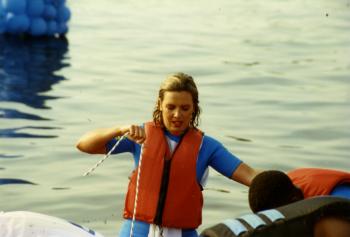 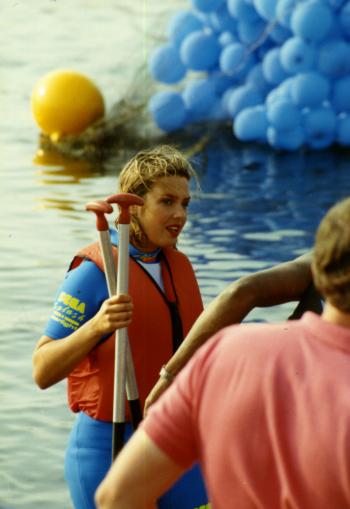 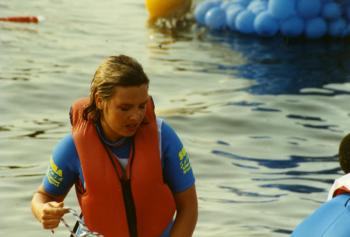 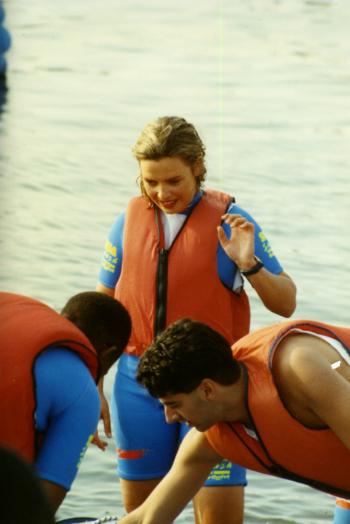 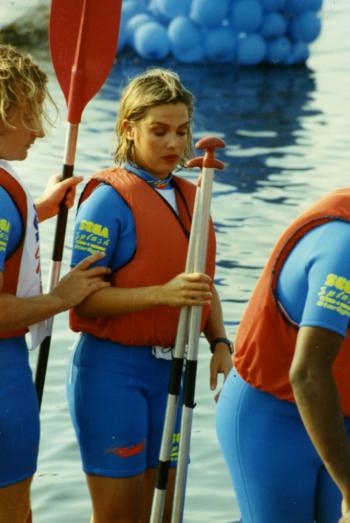 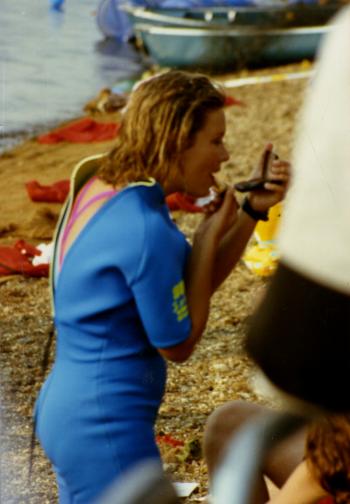 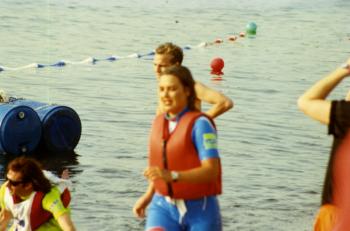 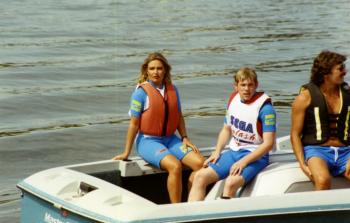 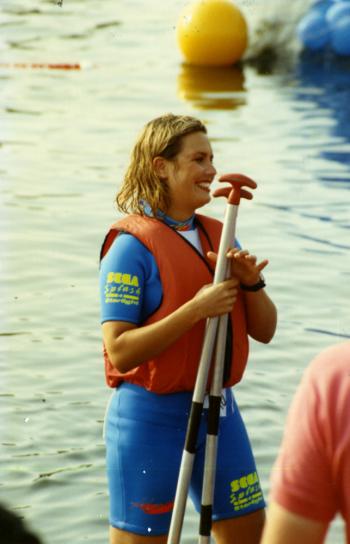 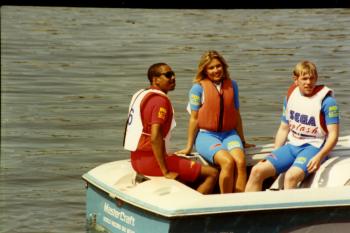 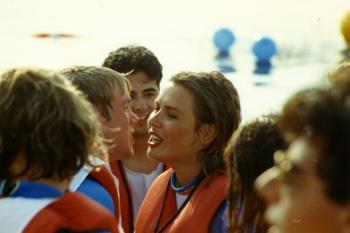 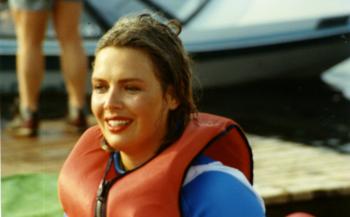 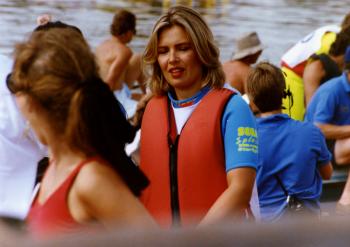 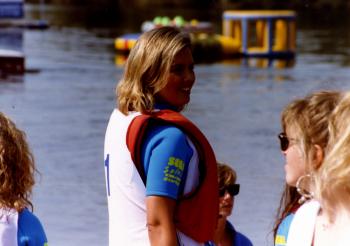 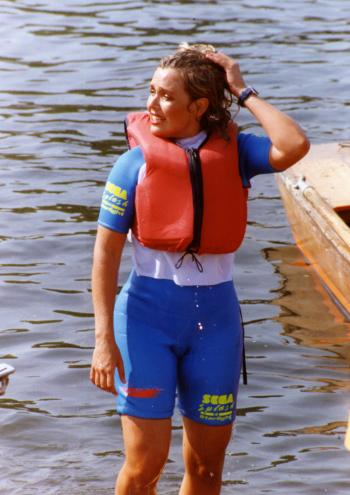 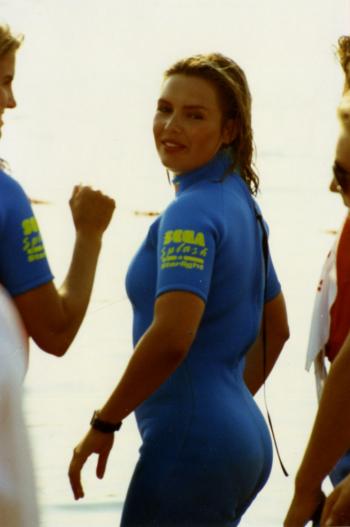 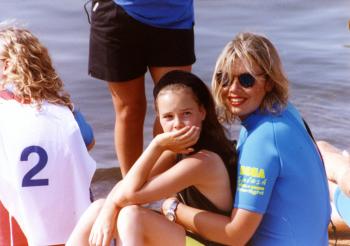 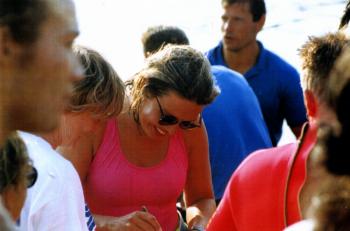 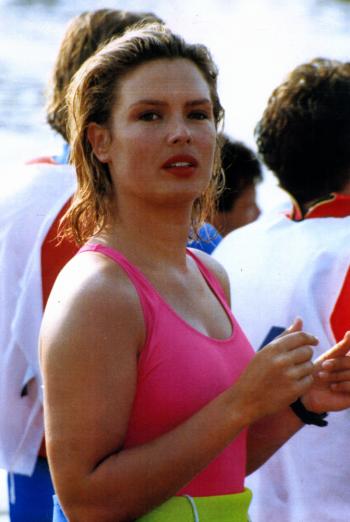