The prestigious Southport Flower Show is held in the 34 acres of Victoria Park, and recognised as being in the top three with the Chelsea Flower Show and the Hampton Court Flower Show.
It's held every year in August. The 2001 edition was held on 16, 17 and 18 August. On the last day, Kim Wilde was there to present the show together with Professor David Bellamy on the busiest day, when thousands of visitors attended the Victoria Park showground. 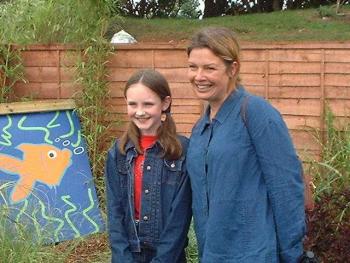