Kim marries Hal Fowler. She arrived at her village church St. Giles Church, Herts, in a horse-drawn carriage. She was accompanied by her father, Marty, wearing a traditional white dress. Hal wore a top hat and tails. A crowd of about 200 gathered outside as the couple emerged. Her three bridesmaids included sister Roxanne, who sang a love ballad, 'So Wide Awake', written by Marty and Ricky.
After the wedding ceremony, which was conducted by Rev. Jim Smith, the carriage was abandoned for the short trip to the reception, changing over to a white Land Rover. The reception was held at Kim's mother's house in Tewin. Guests arriving at the thatched cottage were greeted by banners spanning the lane, saying: "Wishing you every happiness". A large marquee was put up for the guests, who were not entertained by pop music, but rather the gentler sounds of a string quartet and a pianist.

Originally, Hal and Kim intended to celebrate their honeymoon abroad, but work commitments meant that they just had a short break in the Lake District.

Just after the wedding, Hal declared: "I am the luckiest man alive. I was petrified but now I feel wonderful". Kim said: "We want to be parents and we are not going to waste any time. I can't wait to be a mum. We're going to try for a child this week". 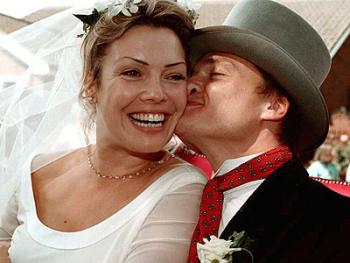 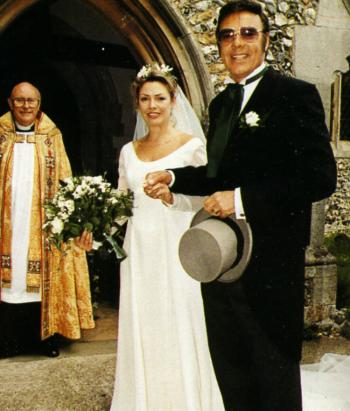 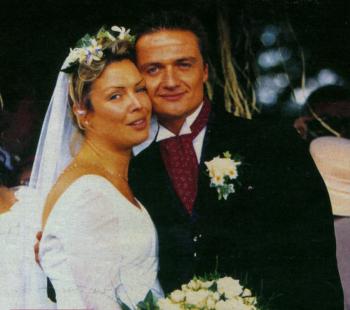 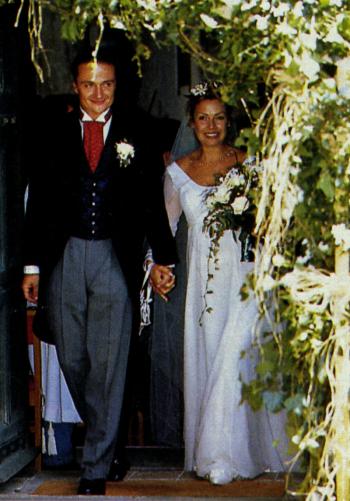 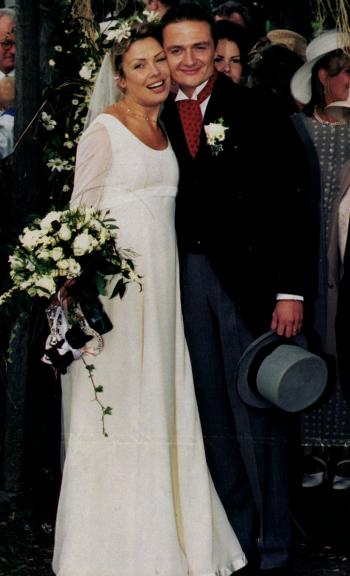 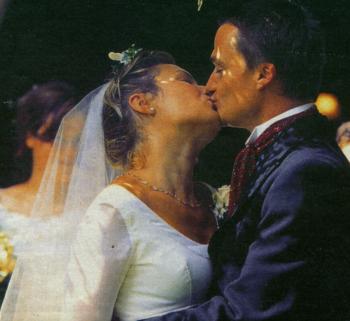 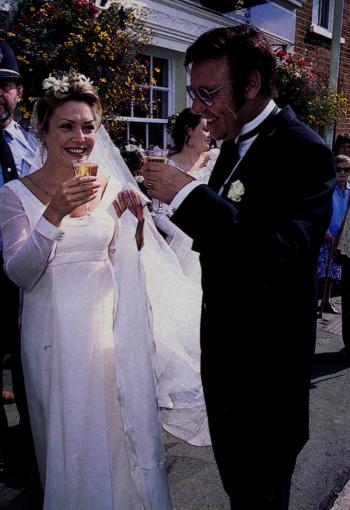 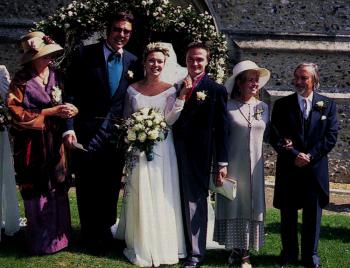 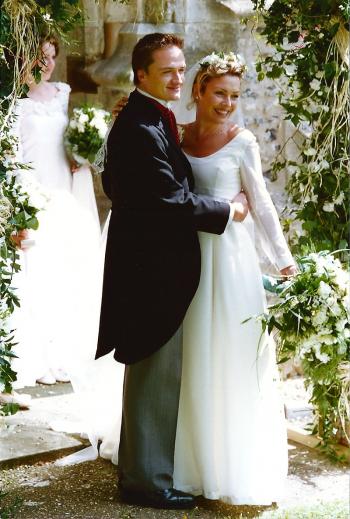 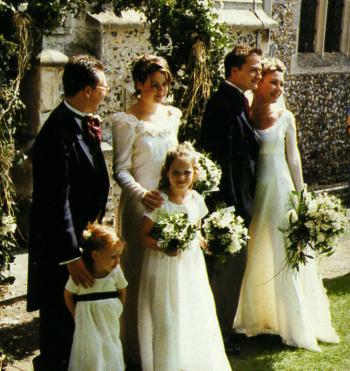 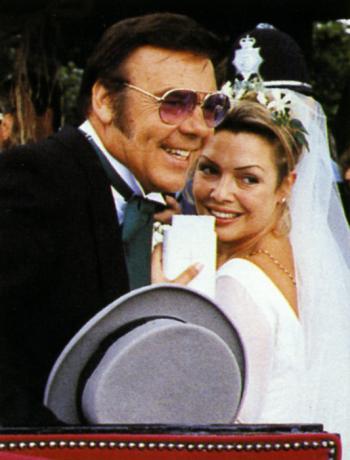