Born in 1960, Eugene Adebari was a largely self-taught photographer who joined the internationally renowned agency Rex at the age of 16 as a tea boy, Eugene developed his career in the classic fashion from the ground up. For his first shoot, Adebari was commissioned to photograph Marvin Gaye in Los Angeles, which led directly to a portrait session with Michael Jackson during the Billie Jean campaign.

In 1983, he did a few photo sessions with Kim Wilde. One of his photographs ended up on the cover of Record Mirror magazine in July 1983.

Eugene went on to photograph major music events, including Live Aid and many of the world's most successful, prolific and famous artists. His informal yet intimate approach to portraiture led to him to being specially commissioned by performers such as Madonna, Paul McCartney, The Rolling Stones, INXS and Michael Jackson to spend time documenting their travels on the road with unprecedented access. His works have appeared in hundreds of publications worldwide, including Rolling Stone, Time Magazine, NME, Vogue, GQ, Spin, US, Sunday Times Magazine, Q, Elle and CNN. Eugene's work also encompassed film and he visited film sets as a 'specials' photographer, documenting the making of movies and shooting images for film posters.

He died of a heart attack whilst cycling alone in the woods near Windsor in 2008. 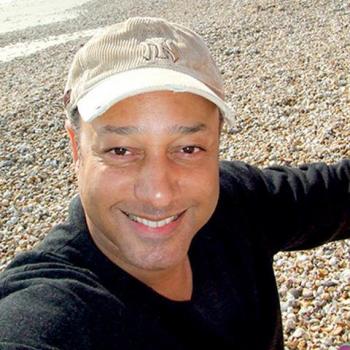