Name of the show garden Kim created together with David Fountain for the RHS Tatton Flower Show, from July 18 to 22, 2001.
The garden represented the story of Alice's Adventures in Wonderland. The garden was built on two levels, with a large gnarled oak tree as its centrepiece displaying a carving of Cheshire Cat.
The lower level of the garden contained a grotto, with tapered walls to give the impression of the room becoming smaller, like the rabbit hole down which Alice tumbled to her adventures. A maze of tall, clipped hornbeam enclosed contorted mirrors to add to the sense of distortion.
Throughout the garden, scale was increased or decreased and the planting was wild and unkempt, in keeping with Alice's confusion during her strange experiences.
The upper level of the garden represented four stories taken from Alice's adventures. The Mad Hatter's tea party amongst wild woodland planting was littered with crockery and a top hat carved from tree trunks. The Queen's croquet lawn was set in a wild flower meadow. The figures of the Queen, King and a pawn stood on a chessboard of grass and water, which was surrounded by playing cards from the four suits, created from clipped box.

This garden was awarded the 'Best Show Garden' award. 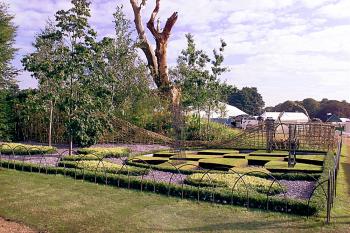 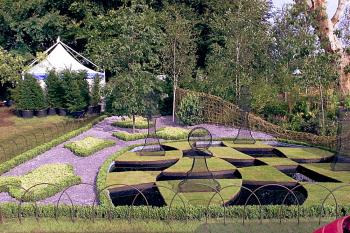 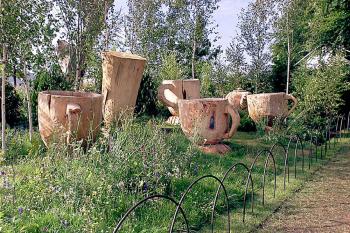 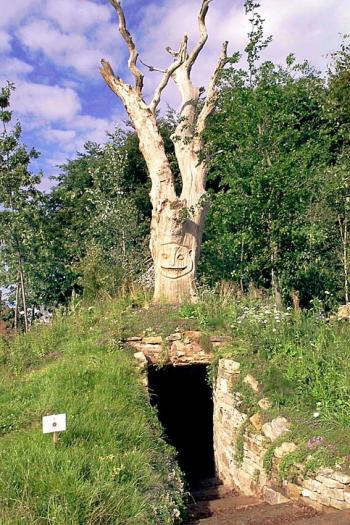 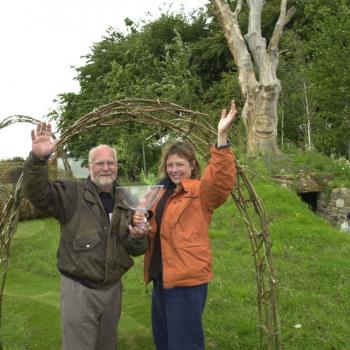 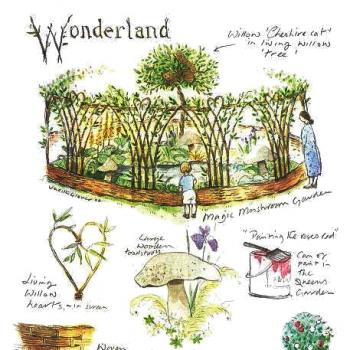 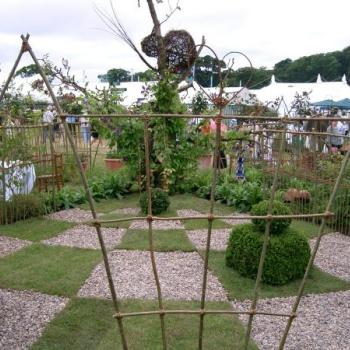 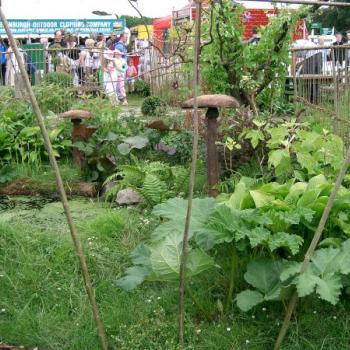 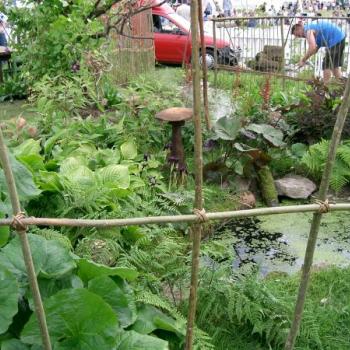 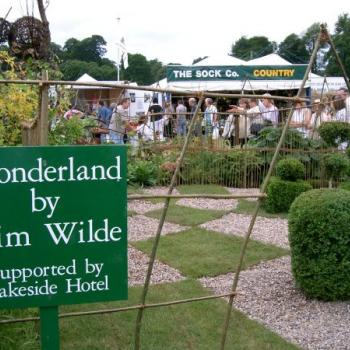 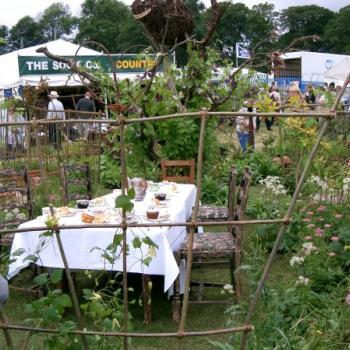 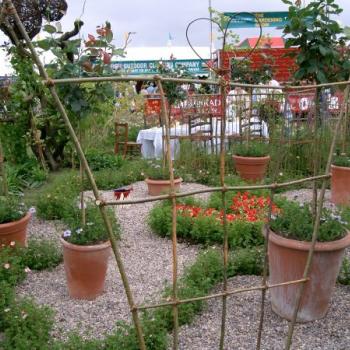