Television series in which America's best singers and dancers aged between 6 and 13 are being selected and ultimately comprise a five-member group. With talent searches taking place in Los Angeles, Chicago, New York and Chattanooga, thousands of kids seized the opportunity to maybe catch a few minutes of fame.
Twenty semi-finalists were televised and put to the test when America had a chance to vote for ten finalists. The final five will be used to form a group who will have a few hits in America.
In August 2003, as part of the show, the first single by the American Juniors group was released, called "One step closer". The other track on the CD-single was Kim Wilde's Kids in America. This was also the title of their 12 track album, released shortly after.

American Juniors became one of the highest-rated television shows of the summer season in America, with approximately 11.9 million viewers on June 3, though the numbers dropped 40% toward the end of July. Nonetheless, the producers were satisfied of the strong teen demographic. A second season was planned for fall 2003, later postponed to the summer after American Idol (season 3), then called off entirely. 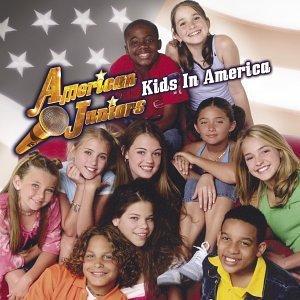 Sleeve of the American Juniors album, 'Kids in America' 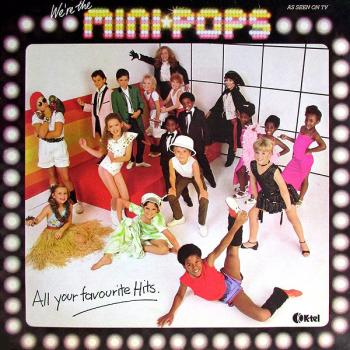