The Anchor is a five-piece, female-fronted, metalcore band from Denver, Colorado, consisting of Linzey Rae (vocals), Cory Jones (guitar), Keenan Luebbers (bass), Ryan Miller (guitar) and Adam Johnson (drums). They have made a name for themselves since the viral explosion of their YouTube series, Metal Kitchen. In December 2016, The Anchor released their first full-length album, 'A world ahead'. After signing with Manic Kat Records, The Anchor released their next EP, 'Make it last', in February 2018.  In October 2019, they released their second album, 'Breathe'. 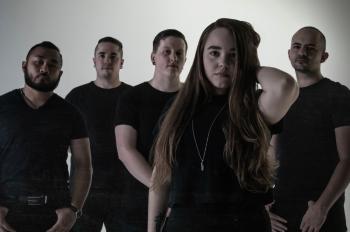