Born on 17 February 1972, Billy Joe Armstrong was the youngest of six children. He grew up in Oakland, California (USA). His interest in music started at a young age. He became interested in punk rock after his brothers introduced the genre to him. In 1987, aged 15, Armstrong formed a band called Sweet Children with his childhood friend Mike Dirnt. In the beginning, Armstrong and Dirnt both played guitar, with Raj Punjabi on drums and Sean Hughes on bass. Punjabi was later replaced on drums by John Kiffmeyer, also known as Al Sobrante. After a few performances, Hughes left the band in 1988; Dirnt then began playing bass and they became a three-piece band. They changed their name to Green Day in April 1989, choosing the name because of their fondness for marijuana.

When in 2020 the Covid-19-pandemic struck, Green Day was supposed to go on tour but this was postponed. While stuck at home, Armstrong decided to record some cover versions of songs that interested him. These became the weekly 'No Fun Mondays' tracks, posted on social media. Before the end of the year, the tracks were put together on an album also called 'No Fun Mondays'. One of the tracks he covered was Kids in America.

’Kids in America’ has got to be one of the best pop songs ever written. The lyrics fit perfectly with the melody. That chorus is huge. Ricky Wilde was also a glam rocker from the ‘70s who put out some great singles. (1) 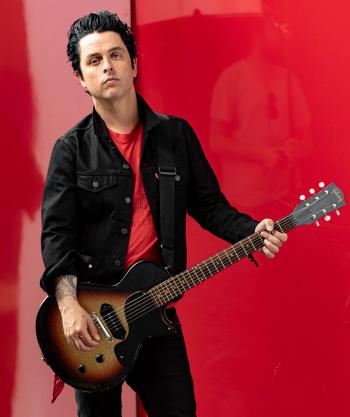